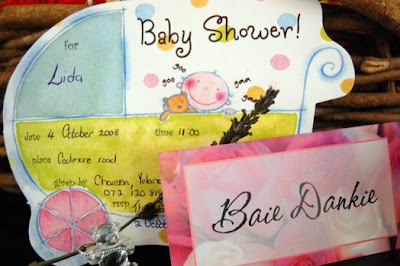 Wedding showers, baby showers, spring showers…I love them all! I love putting together a shower and thinking of the creative foods, decor, and games that I can do to make it special for the guest of honor. I was recently asked to organize the games portion of a baby shower. Games are not common at baby showers here, but when I threw a baby shower for Lindsey back in April, the ladies here loved the games! I googled baby showers to see if I could find some new games to play. Baby Shower 101 has TONS of game ideas. I wanted to do something a little more creative (see below for what I did for Lindsey’s shower) but I was a little pressed for time (the shower was the weekend after hosting the staff conference). I ended up going with some classics like guess the candies in the baby bottle, guess mommy-to-be’s tummy size, and dirty diaper. All were a hit! Maybe I should start a baby shower game service here in SA! 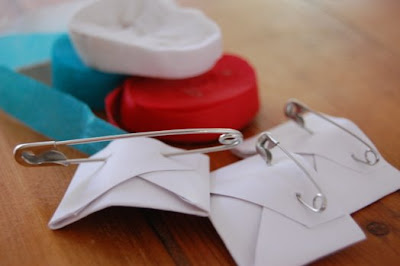 At Lindsey’s shower back in April, the scrapbooker in me screamed, “Let’s do something creative!” We knew she was having a girl and that they were naming her Isabelle, so it was a chance to make something very personal that could be a keepsake. I wrote out several nursery rhymes ahead of time and put blanks so that each person could re-write them for Isabelle. Then I set out a little book and supplies like paper, pens, stickers, etc. Everyone did a page for Isabelle and the book turned out awesome! Not only did people insert Isabelle’s name into the nursery rhymes but they also used South African things so that it will be a forever reminder of her time here! 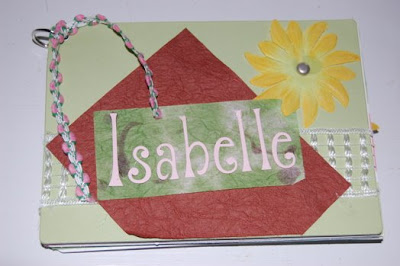 Facts that I found interesting…you don’t throw a shower here in SA, you throw a stork.
Most “storks” are a surprise for the mom-to-be.  An operating room, for those having C-sections or Caesar’s as they are called here, is called a theater.  It’s not as common to bring the new parents meals after the baby is born.
0 Comments
By Jen Price

I Admit It…I Do Online Surveys!