Posted on November 24, 2008
Click here for an updated version of this recipe. 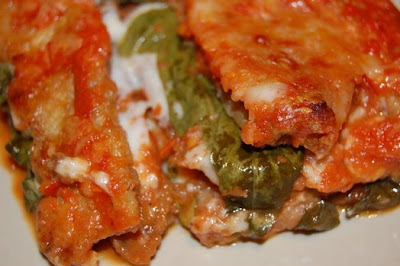 I didn’t grow up eating eggplant but since it was growing in the garden, I thought I might explore actually cooking with it! This recipe was adapted from a recipe featured on the NY Times. I was also curious to look up the health benefits of eggplant, or other names for it would be brinjals or aubergines.

“An eggplant’s fiber content is high, which helps our digestive process and also acts against coronary heart disease. Eggplants not only feature a number of vitamins, proteins and minerals but also contain important phytonutrients. These phytonutrients are known to act as an antioxidant. Potassium in eggplants brings a balance in salt intake and maintains a nice level of hydration. It also plays a role in regulating blood pressure. Eggplants also contain folate, magnesium and niacin as well as copper, manganese and thiamine (vitamin B1).”

Peel and slice eggplant. Arrange one layer in colander. Sprinkle with salt. Repeat until all eggplant is in colander. Weigh down eggplant with 2 plates. Let sit for 2 hours. The purpose of this is for the eggplant to release some moisture.

Meanwhile combine tomatoes, garlic, and 1/3 cup olive oil in a food processor or blender. Season with salt and pepper. Set aside.

When eggplant has drained, press down to release excessive moisture. Wipe off excess salt and lay flat on paper towels.

Mix bread crumbs and flour in shallow dish. Beat eggs in separate shallow dish. Put a deep skillet over medium heat and pour 1/2 in. of olive oil in it. Coat eggplant in flour mixture, then dip in egg. Fry on both sides in oil. Drain on paper towels. Repeat with all eggplant.

In 9X13 dish, spread one cup of tomato sauce. Top with 1/3 of the eggplant slices. Top eggplant with half of the shredded mozzarella. Sprinkle 1/3 of the Parmesan and half of the basil on top.

Make a second layer of eggplant, topped with one cup of sauce, remaining mozzarella, half of remaining Parmesan, and rest of basil. Add remaining eggplant, and top with remaining sauce and Parmesan.