Mbonisweni is a community we’ve been working in for a little over a year now. The past several stories that you’ve been reading on this space every Wednesday have been kids in this community. It’s one of those places where, when you walk in, you can feel the spiritual strongholds over this area. We’ve often sent teams in just to do prayer walks throughout to break those strongholds. Death, violence, and hatred linger here. Recently the chief and his brother got into a power struggle resulting in the chief’s brother getting killed. We feel we must claim the victory over this land! Jesus has already won the battle but we must pray for the hearts of those in leadership over this land that they may walk in the love of Jesus. Keri is our wonderful staff member who works day in and day out in Mbonisweni. She’s a YWAMer who is now with the Peace Corp. A double bonus for us! Not only is she fantastic in the communities, but she understands YWAM and she knows what grants the USA is offering to communities here in Africa. Several months ago she worked on a grant to put a roof on Mama V‘s building to use as a drop-in center for the kids. The good news is that it was approved! The bad news? That meant they needed a signed letter from the headman (the leader in the area just above the chief) giving permission to put the roof on. So began a series of meetings. 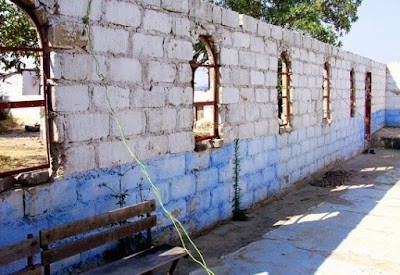 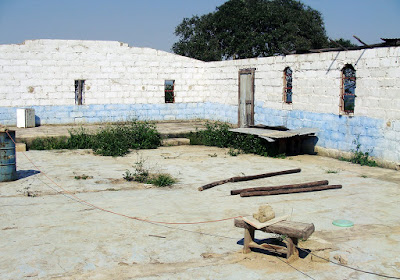 The first meeting ended somewhat positive with the headman saying everything would be approved if an application fee and apology fee (for going behind his back) was paid. If that means kids will be better cared for, then we can pay the fees. The second meeting, well, not so good. After waiting 7 hours, the headman finally saw Keri and Mama V and several others who came to win his approval. It was as if the first meeting never happened. He declared he didn’t want the money of foreigners and that he was not going to approve this. I honestly don’t know how he can be so selfish that he would deny these kids proper care. It’s beyond me. But probably the results of a power hungry man whose eyes are blinded to the love of Jesus. As you can imagine, Keri and Mama V were very frustrated. Trying to do things the right way but rejected without an opportunity to plead their case. Since their meeting, they were able to obtain a letter from the Municipality that might work for what the US Embassy requires in order for the money to be released. However, we would really love the headman’s approval for this. There is definitely something great about gaining the approval of the leadership in the area you are working in.

Please stand with us as we desperately pray for God to intervene. Pray for the headman that his heart would be softened. Pray for Keri, Mama V, and Mama V’s team of volunteers that they would still be encouraged despite this disheartening turn of events. Pray for wisdom as we seek out the best way to honor those we need to honor yet obey God in the process.

*Photos of the building courtesy of Courtney. Thank you!

in the studio :: hope in the pit of hiv