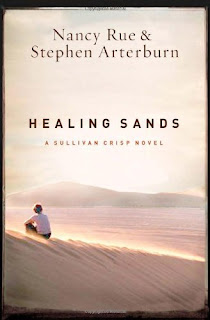 Let me set the stage. After returning from Africa, Ryan Coe lands a job as the photographer for the local newspaper in Las Cruces, New Mexico. She is great at what she does and has a passion to tell the story through pictures. She gets called out to a scene where a local boy is hit by a truck and in critical condition. She arrives on scene snapping away. That is until she sees who the police pull out of the front seat of the truck. Her son. And that’s the first chapter. And it made me want to read more.

I loved the author’s choice of words to tell the story. It made me want to keep reading. I always like it when a book does that. There’s plenty of drama that weaves its way into the book, but it’s also a beautiful story of a life changed, justice found, and relationships strengthened. I really liked this book.

This was one of my favorite parts of the book…

“When I was in college, I took a literary criticism class, and we spent one whole session talking about whether there’s anything in the Humpty Dumpty poem that indicates he’s actually an egg…we think of him as this giant ovum because that’s what’s always in the picture.  I think that’s one of the things that sealed my decision to become a photographer.  Pictures have an even more powerful influence that words.”

Maybe it’s because I love photos but I just love that!

war for the waking world {giveaway}