As my kids get older, I’ve realized the importance of teaching them to be responsible and to become slightly less dependent on me. Does it sound easy? Well, it’s not. It’s almost like it’s crashing into their nice, comfortable world. Kids learn to be dependent on mom and dad for everything so the smallest of tasks like pouring their own juice, making their own toast, or putting their dishes in the sink seems like their world is coming to an end. I mean, come on. Mom’s peanut butter and jelly sandwich tastes oh, so much better than Joshua’s. 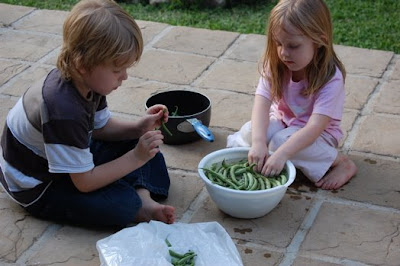 I’m slowly trying to do small things to encourage responsibility and a little less dependency. Assigning simple chores like bringing in the laundry from the line or putting the butter on the table for dinner. It’s not much and I could do it ten times faster, but that’s not the point. The point is that they are learning to chip in, and I like that idea. 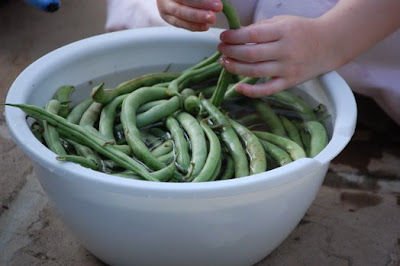 I recently proposed an idea to Joshua that I got from another blogger. I asked Joshua if he would like to plan a meal one night of the week. His eyes lit up, probably dreaming of mac-n-cheese and chocolate bars. “But,” I said, “it has to include a protein, vegetable, and grain.” He was excited to participate in this very important way. He quickly decided on the menu – steak, green beans, and wheat bread. Not too shabby. 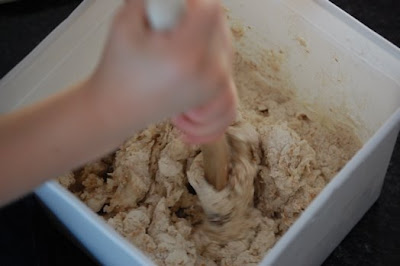 So we picked a handful of green beans from the garden. He added the ingredients for homemade wheat bread and stirred until he couldn’t stir any more, and then helped me snap the green beans. He didn’t complain about participating because this was HIS meal! He’s already excited about the next meal. His only request…next time can we also have dessert!? 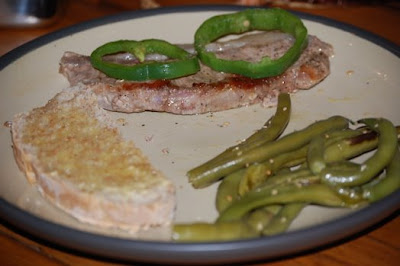