Posted on May 7, 2012
With my 2012 “word” being risk, I am studying risk takers in the Bible.
It’s fascinating to learn these nuggets from Bible greats. 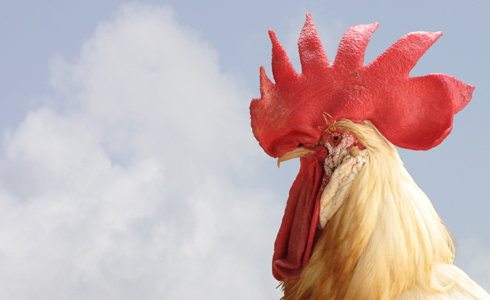 At the last Passover, Jesus knew the reason He came to Earth was about to happen. When you know you are going to die, you say a lot of things, but since the disciples didn’t know Jesus’ fate, they were slightly confused (no surprise there). In Matthew 26:33, Peter assured Jesus that he would never “fall away.” Imagine Peter’s surprise when Jesus told him that before the rooster crowed, he would deny Him three times.

I’m sure Peter thought, in the back of his mind, that it would never happen. He loved Jesus. However, fear is a crazy thing. It can grip us in a way that causes us to do things that aren’t who we are. I can imagine, in the midst of Jesus’ arrest and the chaos of the crowds, that there was a shock and fear in the disciples. Sure enough, before the rooster crowed, Peter denied Jesus three times. After he realized what he had done, it says he went out and wept bitterly.

I believe that experience forever changed Peter, in a good way. When things happen to us or when we make a wrong decision, we have a choice. We can either wallow in self-pity and get so down on ourselves, or we can take the high road and learn and grow from it. Peter took the high road and risked everything. The book of Acts is full of the sermons and bold words spoken by Peter which led to his imprisonment many times. That didn’t stop him. Even the prison council was continually amazed with the undeniable miracles done through him.

Peter did a lot of risky things and spoke a lot of risky words, but I really think his greatest risk started when he made the choice to accept God’s forgiveness for what he had done. He could have held onto it and let bitterness and anger creep in, but instead he chose the road of humbleness, brokenness, and forgiveness. That road is risky, because it means you must be vulnerable, but it also means choosing freedom over bondage. My desire is to choose freedom every time.

prayers for back to school