Posted on September 10, 2012
If you were anywhere near the children’s program that Tuesday afternoon in Dino, you would have heard it. “You shouldn’t fear, because it’s Jesus who is able to take care of everything,” thirteen year old Tonny sang out at the top of his voice in his native tongue. It was not only what he was singing but also the joy that radiated from him like that of a gushing waterfall. (Tonny is in red.) He sang those words because they were truth to him. You see, just moments earlier a miracle took place in Tonny’s life. For six years, Tonny has suffered from Nodding Disease. Similar to epilepsy, Tonny has frequent episodes at school. He has scars on his body from his falls and a fresh wound on his leg. Although those injuries are painful, the greatest hurt comes from the school kids who run away in fear when he suffers an attack. Tonny is an intelligent boy, though, and hasn’t allowed his current lot in life to bring him down. He’s first in his class! Tonny, along with his mom, brother and cousin, walked 20 km, 2 hours, by foot to receive medical care. I couldn’t help but notice that all but Tonny were barefoot. They were looking for a miracle, and Jesus heard their plea. As Memory, the leader of the children’s program, asked Joshua to come and pray for the kids, Joshua felt specifically that he was to pray for sickness. When he asked the kids which ones wanted prayer, Tonny was the first one who jumped at the opportunity. I loved going through my photos and realizing that I snapped the moment where Tonny stood at the front with his arm as high as it would go. As Tonny placed his hand on his arm and prayed, the tremor and pain actually subsided! Tonny experienced God’s touch! Tonny’s prayer every morning is that God would heal him and for the Holy Spirit to lead him. Would you make that your prayer, too? For Tonny and others? So many turn to the witch doctor and rely on traditional practices. I know that Jesus is waiting to show His healing power, because His love for us is amazing! 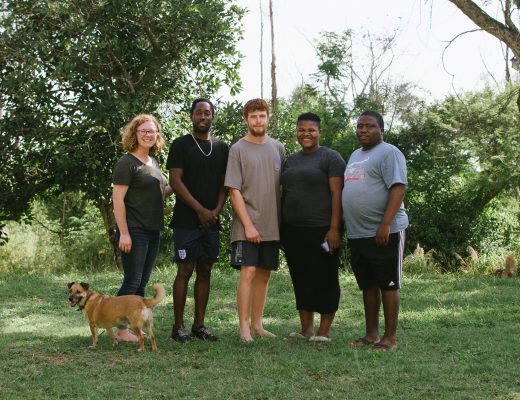 Where My Mind Is Today

the power of a photograph

in the studio :: royalty