creativity Family in the studio

in the studio :: tintin party

Welcome to In The Studio, a place to show off your studio and meet some great artists! I have a whirlwind week as we get ready to set off on a 2 1/2 month adventure in the USA, England, and Romania. Packing for a long overseas trip is work in itself, but I’ve also had the task of making sure work areas are covered in our absence. Last week, I thought, “I’m doing pretty good here. I’m not feeling stressed at all.” Well, this week it’s been an onslaught of all those “little” things that only seem to appear right before you leave. Joy. 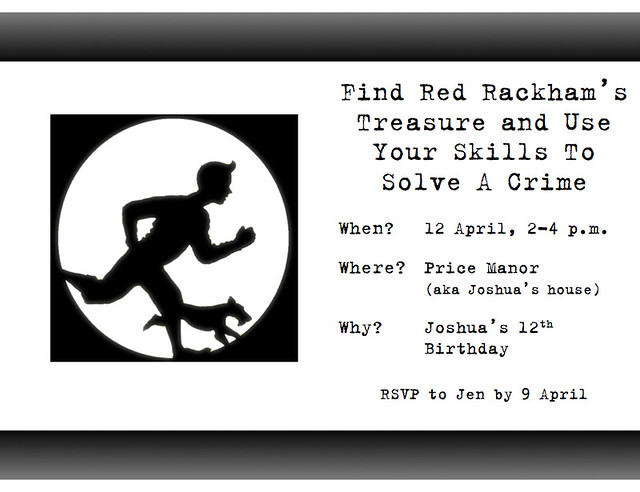 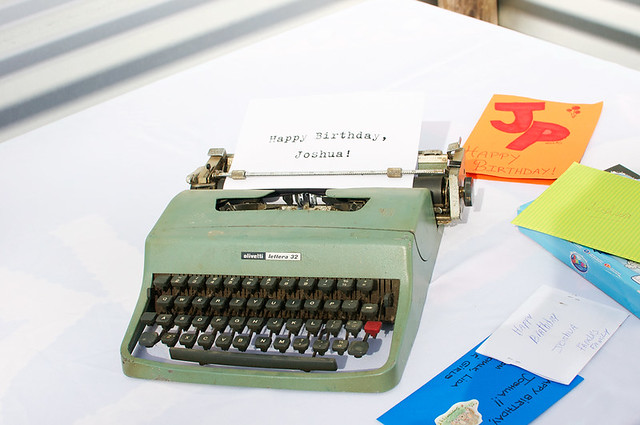 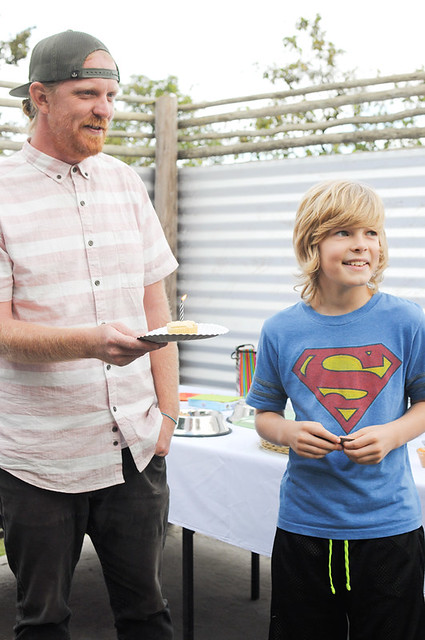 In the midst of the craziness, however, we were able to celebrate our firstborn’s 12th birthday with lots of friends. We tend to do birthdays big with a grand theme. It’s crazy and a lot of work, but I love the thought and creativity put into it. Mostly I love it, because we’re celebrating someone’s life! Joshua is a huge fan of the Tintin series, so he decided he wanted a Tintin birthday party. It.was.so.much.fun to prepare for. I’ll try not to get too long winded here. 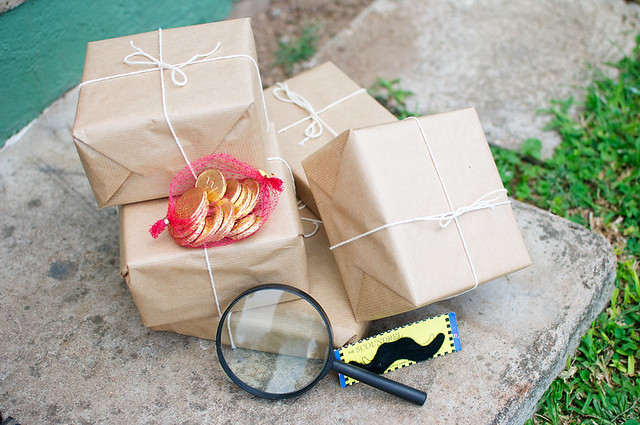 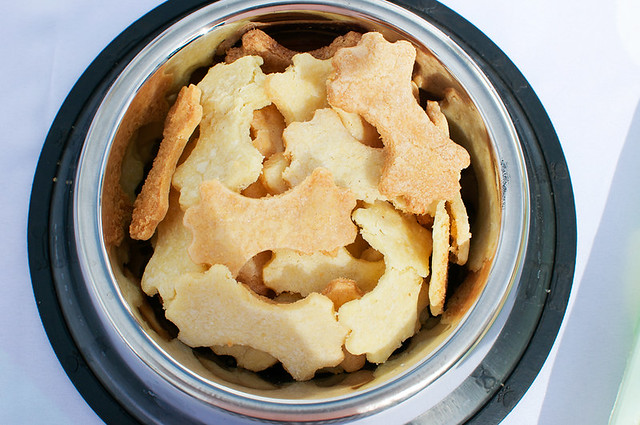 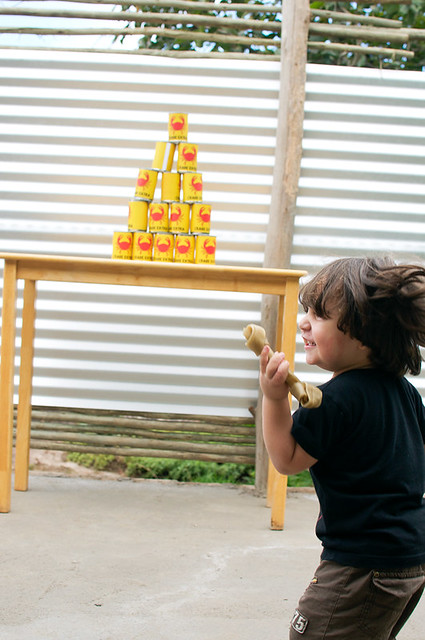 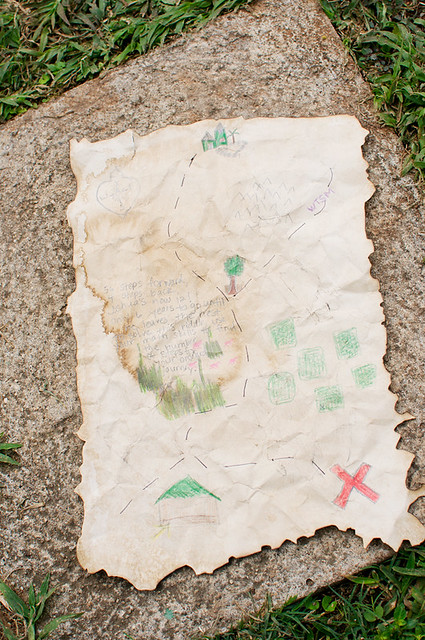 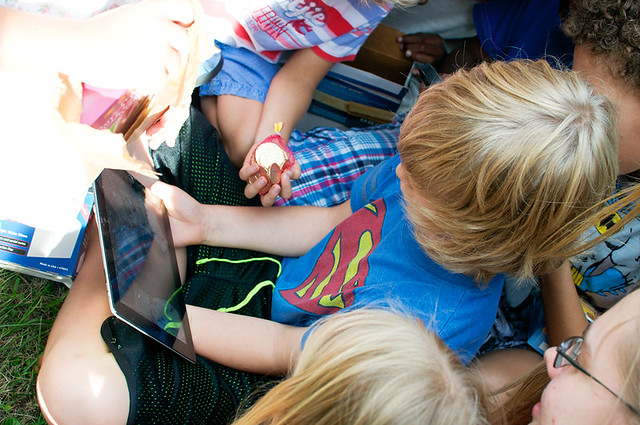 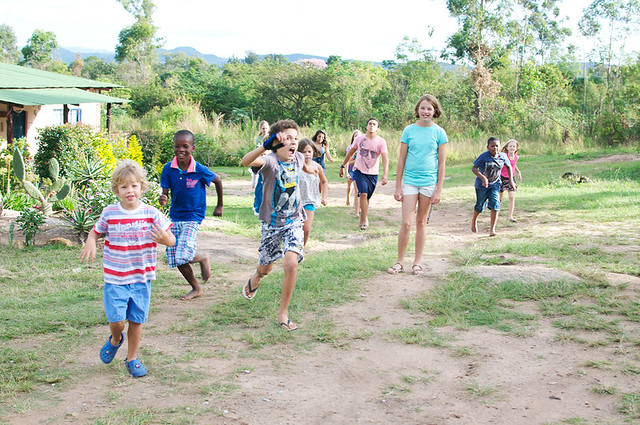 Planning the activities was probably my favorite part. My kids LOVE scavenger hunts, so I made a map for them and had Emma Grace draw pictures on it. The map was super easy. To make it look old, I painted it with coffee. After it was dry, I crumpled it up and burned the edges with a match. That’s it! I hid clues all over our property which led them to Red Rackham’s treasure. Once they reached X marks the spot, an iPad was there waiting for them to tell them the crime and the list of suspects. I have some awesome friends who played their roles amazingly. Thank you, guys! I chose a simple, non-violent crime. As recorded on the iPad…

Captain Haddock returned home after a long morning walk in the meadow only to discover a window in his house had been broken! Blistering barnacles! This puts Captain Haddock in a very contrary mood. Tintin, can you and your super smart dog, Snowy, find the culprit of this crime? Grab your detective friends and interview your list of suspects. Thompson and Thomson gathered some evidence. You know how helpful they are. You might be better off examining the evidence yourself. Please solve this so Captain Haddock isn’t in such an angry mood!

{The evidence consisted of a piece of glass with a partial fingerprint on it, a cup with a lipstick mark, a muddy shoe print on a piece of paper (lifted from the crime scene, you know), a piece of candy with a bite taken out of it, and a note written to Captain Haddock.} 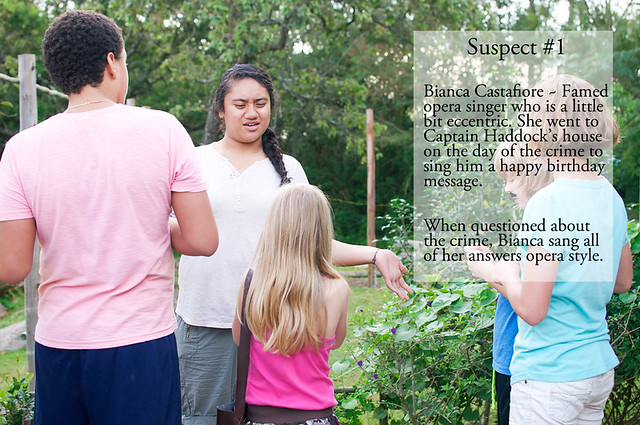 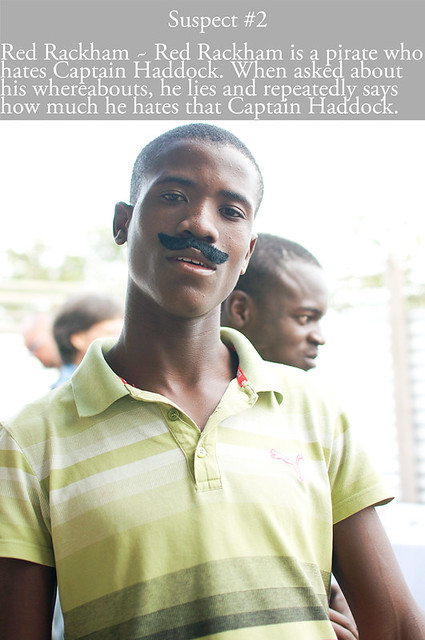 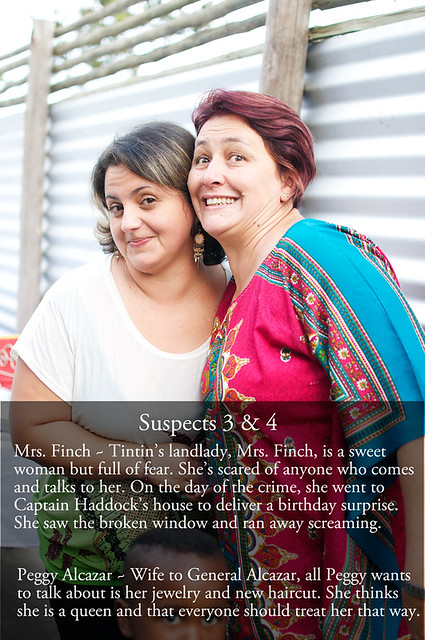 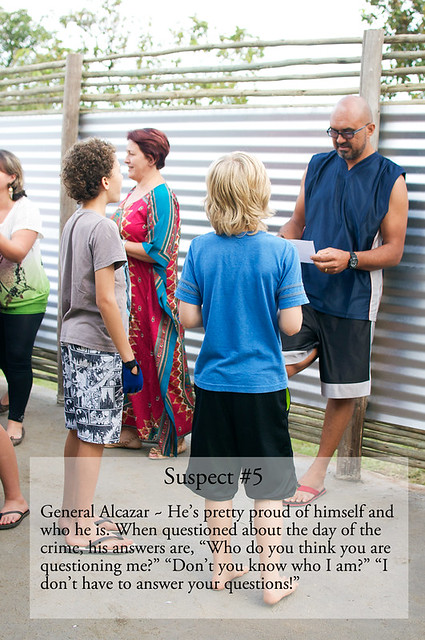 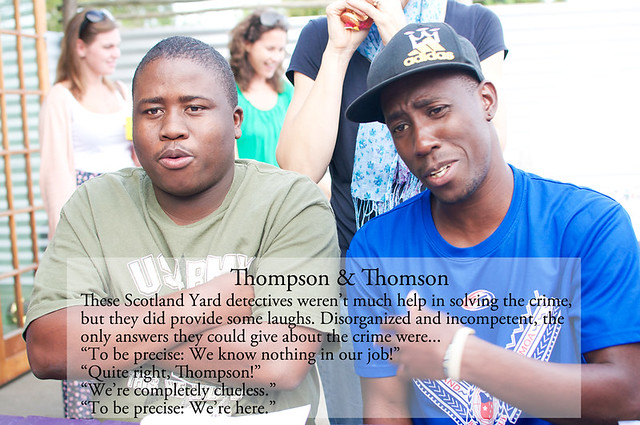 The kids went around and interviewed all of the suspects and the detectives. I worried the crime would be too easy, but it seemed I had just enough leads to throw them off a bit. We played until everyone was able to solve the crime. The culprit was Bianca Castafiore. When she went to sing the birthday song, she knocked on the window and the glass fell and broke. She was so distraught over it that she dropped the cup she was drinking out of and the candy she was eating and ran away. Most of the kids discovered it was her by examining the partial footprint.

All the kids really seemed to have a good time, a mark of a good party, I say! I’m looking forward to seeing what you’ve been up to this week!